Working abroad: Why Dos and Don’ts for Israel are not enough

Home/Blog (English), Intercultural, Israeli culture/Working abroad: Why Dos and Don’ts for Israel are not enough
Previous Next

Working abroad: Why Dos and Don’ts for Israel are not enough 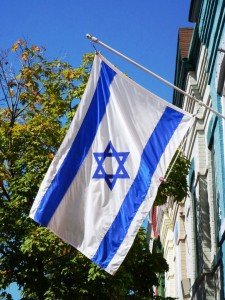 Recently, I held an intercultural training on Israel for a big telecommunications company in Vienna, Austria. It was interesting for me, as a German, to see how an Austrian group approached their interactions with Israelis (history, anyone?). However, there was something that struck me that comes up every time I give an intercultural training. It’s the question of Dos and Don’ts for Israel.

Advantages of Checklists and fact-sheets

Looking at it from professional point of view, I can relate. You don’t want a seminar with yet another fluffy “process”. You want facts. Facts so you know what and who you are dealing with, facts about what you need to get ‘that deal’, facts on how to make your partners overseas work efficiently and facts about what to avoid. As fast and as concise as possible. So what could be better than a checklist with Dos and Don’ts for Israel? As a manager, I need to know that I shouldn’t shake hands with an orthodox woman, that I won’t get a taxi on Yom Kippur and that a “Sparschwein” (piggy bank) might not be the most appreciated gift in a home looking to maintain a kosher environment. (Newsflash: Pigs are not kosher animals.) Long story short: It is important to be aware of mainstream culture to stay “out of trouble”.

Limits to Dos and Don’ts for Israel

My work as a trainer, however, shows that checklists give only a short-lived feeling of security. Don’t get me wrong: They are important during your first days. Like all stereotypes or rules of thumb, they make it easier to master an unknown situation. A businessman on his first visit to Jerusalem might be better off proposing a kosher than a non-kosher restaurant. However, not all Israelis are observant, and what is more: not even all Israelis are Jews (there also are Arab, Druse, and Christian Israelis, among others) and even some Jews like a nice piece of bacon.

Like stereotypes, Dos and Don’t find their limits in complex situations. Usually, there are three major influences on the outcome of an encounter: The culture, the personality and the situation itself. But all three are subject to individual circumstances. My favorite example stems from one of my clients: They informed themselves beforehand about Israeli culture and got to know that German and Israeli concepts of time and punctuality are different, especially when it comes to being invited to someone’s home. So when they invited their new colleagues over, they expected them to be at least 30 min late. Much to their surprise (and the wife’s distress who was still putting on makeup), their Israeli friends were on time, nay, they were even 5 min early! How could that be?

Were they wrong about the culture? No. Time in Israel is indeed considered a more fluid concept than in other cultures. Were they dealing with the exception to the rule and stumbled across a pair of very punctual Israelis? Also not, the two usually did not behave like that. Or was it the situation? Also a no: In Israel, it is indeed acceptable to be 30 min late if you are invited to someone’s home, people are more punctual in a business environment. So what was it? It was the forth element most people don’t take into account: Learning and adaptation happens on both sides. The Israeli couple had read up on German culture and wanted to accommodate the two Germans by being on time!

More than Dos and Don’ts for Israel: Underlying assumptions

Encounters like these need more than a “best practice”-guide. It is about knowing what drives “their” mindset and also to know what makes “your” background unique in comparison. Take for example “Dugri” or “Tacheles”, which are two words for a very positive Israeli concept: Naming things as they are, being direct and straightforward. A typical German might feel offended by this directness: “She’s so impolite! How can she say that?” while the Israeli counterpart can’t understand why her colleague is dancing around the subject on tiptoes.

My training pulls the attention to the underlying assumptions: what is considered appropriate in a situation depends very much on a common idea. When people from different backgrounds meet, these ideas clash with one another. Take a “normal” mode of conversation: German exchanges are considered “good” when one begins to speak only after the other finished their sentence. It relies on the notion that this is a sign of “respect”. In Israel a “good” conversation often includes the speakers interrupting each other. It is considered “lively”, a sign of a dynamic thought process and valued as such. Bring two speakers from these backgrounds together and it creates a hidden conflict: Will the conversation be perceived as boring and uninspired? Will one of the two feel disrespected and put down? The job of an intercultural trainer is to point out these differences in values and ideas of what is “normal”. The benefit: Cultural issues get not mistaken for personal issues, both sides learn to work efficiently together and in the end differences can be turned into an advantage.

From one anecdote to the next: intercultural learning is a constant cycle of experience, getting to know the background and reasons of these experiences, re-modeling your own behaviour (in a way that is both effective and still authentic) and testing your knowledge and reaction in the next experience that comes your way. To promote this cycle, an intercultural training will challenge you to look beneath the surface. Be it via searching for answers to critical incidents that describe different situations or by working on a better understanding of past experiences. No amount of Dos and Don’ts for Israel, geographic info or facts about general cultural and society can make up for understanding how it feels to really walk in someone else’s shoes. A good training gives you these experiences, and helps you put them in perspective. Building this perspective is what my participants are really trained in. Because unlike Dos and Don’ts, you get a framework that can be applied to all kinds of real life encounters, that will get better and more accurate with time and that will help you make better and more informed decisions in future situations.

At the end of the day, a list of guidelines will not build you a lasting business relationship. It can be the first step on your way to a deeper understanding of the other culture. Like a map showing you the nearby surroundings. However, Dos and Don’t for Israel will not get you far. Because from the moment you’re dealing with real people, building real business relations and friendships, it becomes a journey. And once you enter the wild, you will need a compass and Lilit’s fruit of knowledge to know how to use it.

Speaking about experiences: What are your Dos and Don’ts for Israel? What were confusing or funny intercultural situations that you encountered? How did you manage? And about what would you like to know for the future? Please feel free to comment and share!

Then check out our other blogposts on Israeli Culture and the matter of security or our trainings in intercultural awareness and our intercultural consulting for Israel, France, India or Great Britain.