The NSA outcry: Cultural reasons why Germans care so much

Home/Blog (English)/The NSA outcry: Cultural reasons why Germans care so much
Previous Next

The NSA outcry: Cultural reasons why Germans care so much 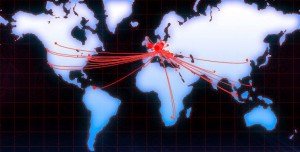 It’s in the air and on the news: the American-German friendship is in crisis. Ever since word got out that the Americans are not only spying on your average German, but also on their “Mutti” (a term of endearment for our chancellor Angela Merkel), German politicians went from appeasement to harsh criticism.

To be fair, it is understandable that the Germans were not amused to find themselves in the same spying category as China and other “rogue states”. But media and politicians voiced not only justified concern, but some also called for severing alliances or halting negotiations on a common trade deal.  This Friday morning, a local radio-station even half-jokingly called for a  day of “boycott of American products” in an attempt to see if we can “make it on our own”.  Much more is at work here, as Anne Applebaum from the Washington Post pointed out: “The German press has worked itself into a state of self-righteous hysteria”.

From an intercultural perspective, these events are a perfect case study for the German psyche at work and for culturally distinct ideas about what is important in a state and how these ideas influence foreign affairs.

The  German understanding of politics is based on ideas about rules. On the very practical level of Realpolitik laws such as our Grundgesetz and the court rulings about it are tremendously important for us, because they keep a very huge state apparatus in check. On a more empathic level, our national psyche feels that everything will fall apart if not everyone adheres to the rules at all times. That is why being a foreigner in Germany who wants to get rid of a candy wrapper, it might happen that a German stranger approaches you, just to point out that you put your rubbish in the wrong bin. And even more: he will give you a little speech on how to recycle properly! No, he won’t care that you might find it beside the point. You need to be educated, you need to know the rules. (Btw, this is the same reason why you might be fined by the German police for crossing a red light as a pedestrian, even if it’s 3 a.m. in the morning and no car is in sight – it’s not about actual danger. It’s about what it does to the system).

Back in real-life politics, this German reflex is especially strong when it comes to things we consider “evil”. Large-scale breaking of rules about data protection is in that category. Understandably so, if you look at German history: We carry a trauma involving the deeds of two dictatorships and their respective secret police forces, the Gestapo and the Stasi. And the evilness of it, we learned the hard way: Not only being internationally ousted and accused by others with no means to even pretend not to be the bad guy. We internalized this view, taking  pride in chastising ourselves until we bleed. It’s an upholding of a historical guilt  that – although it has good effects to it, too – many of my friends from abroad find hard to understand.

These values and pressure from internalized guilt lead to a logic, by which it is now our duty as Germans to never let evil things happen again. That also means to educate everybody else about the difference between good and evil the same way, too: Naming, shaming, blaming and doing it all over again. To be fair: there is a noble case at heart. We want to make the world a better place, at least in theory. Nevermind our very practical approach to arms deals like selling tanks to Saudi Arabia. Because we hate these hidden exceptions from the rule, we are even more concerned with the upholding of values where they are in clear sight – so others can learn from our example.

All of this makes the German reaction towards America much more easy to understand. The German mainstream has the feeling to do something good for the world if they teach their US-friend a lesson about what is right and what is wrong. And yes, a bit of glee at the thought “we are not the bad guys in this!”,  a splash of national importance and of Schadenfreude at seeing America stumble over its own feet feature in this, too.

But after we analyzed it from the intercultural standpoint, let me change perspective from understanding to asking: Is it really worth it?

We are succumbing to an emotionally appealing self-righteousness without realizing that this has the potential to do more harm than good. The concept of face, mostly known from Asian culture, is a way to understand how German discourse can harm its foreign relations. Defensive reactions abroad and US-fears that there might be a rise of Anti-American-sentiment in Germany show that we already strayed from constructive critique among friends. America-bashing carries the risk of  closing doors for future negotiations.

Instead, Germany should use these emotions and values strategically: German politicians have to acknowledge national feelings by taking the underlying issues seriously. Not only when talking about Merkel’s phone but about ALL our phones, emails and Skype calls. Following the same logic, the value of privacy and data protection should influence how the government talks to its American counterpart.

In terms of negotiations, Germany needs to remind itself of what its actual goals are. Do we really want make America look bad? To shun them and properly “punish” them by suspending important talks while hurting our own economy for the greater good? Or do we put our values in proper perspective, for example by demanding in on the “Five Eyes alliance” in which the US, Britain, Australia, Canada and New Zealand agreed to share intelligence and not to spy on each other. This might not be the proper reaction to the media outcry concerned with questions of good and evil. But it might well be the answer to the real-life issues of weighing our need for intelligence & security with concerns about the constitutional right to privacy of Germany’s citizens.