Lilit and the Apple of Wisdom 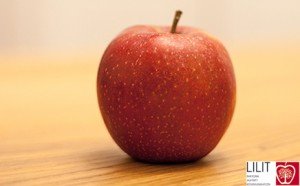 Our namesake Lilit – from the Hebrew spelling לילית – is a woman around whom myths have been growing for millennia. Known from old Jewish legends, she can also be found as the archetype of the persuasive woman in stories from the Arab world, the Middle East, Iran, Babylon, Greece, and in Christian mythology. She has been known as unruly, as the first human to disagree with God – a vicious she-devil who led Adam and Eve to disaster.

But wait! Let’s change our perspective for a moment: According to legend, God created Adam and Lilit from the same clay. Created not from a rib (like Eva), Lilit was created the same way as Adam – with equal rights! When God demanded her submission, Lilit disagreed strongly and was thrown out of paradise. Legends say that Lilit came back in the shape of a snake to convinced Eve to taste the apple from the tree of knowledge. Thereby spreading free thinking & independence. Created out of the same clay and with the same free will, Lilit had her own mind.

This is the probably the oldest story of persuasion, of the seduction through words. Words that strategically address the right point and get fundamental changes going. Words which can be construed to be wrong or right, evil or feminist – depending on the readers perspective.

Lilit always was and still is a remarkable character. Over the course of millennia, her story was used as a projection surface for both religious propaganda and feminist Enlightenment. This makes her the perfect symbol of convincing rhetorics, persuasive storytelling and strategic empathy: kind and formidable at the same time, seductive and despicable, with a strong will and the persuasive power to realize it.