Israeli Culture: The Question of Security in Israel

Israeli Culture: The Question of Security in Israel 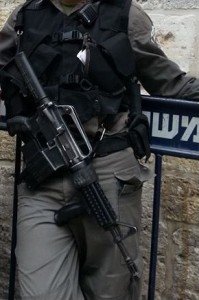 Security in Israel is connected to everything this country is all about: The Holy Land, Israel, the Middle East.. All these words bring different aspects to mind and still they are tied to more or less the same location. It’s not easy to grasp the mix of culture, religion and politics that is Israel. In my own way, I set out to try and grasp aspects of this beautiful country in the next couple of blog entries and decided to spend a month in Israel. Just like that: Thinking, writing, meeting people and doing “Boots on the ground”-research for my intercultural trainings. I’ve been to Israel before, but this time I decided to get out there and see, feel, smell and taste “the real deal” and put it into this blog for you.

What better way to start looking for security in Israel than book a flight with El Al? And to find out afterwards that you are flying on Holocaust day? El Al is Israel’s national airline: With a mindset towards security in Israel, slightly more expensive that other options, serving directly from Frankfurt and, as the (very entertaining although 20 year old) book “Culture Shock Israel” by Dick Winter says, the safest and THE most Israeli way to get there.

Flying El Al is special: I use Frankfurt Airport a lot and between travels through half the world, I never used terminal 1C before. It’s the same in other German airports: The terminals serving direct flights to Israel are often remote from other terminals. Despite a striking amount of German border police, it instantly feels like already leaving Germany upon arrival at the check-in: Listening to Hebrew left and right, the awkward sense while queuing of “if I’m not careful someone will jump the line”, and people holding passports for two or more citizenships. Quite the holiday feeling?

Security in Israel: Prepare to be checked!

…Be aware: Israel is notorious for it’s security checks. Especially El Al. Before check-in, every individual has to pass a security counter where they will be questioned by Israeli security personnel.

In my case, it went approximately like this: Approaching the counter, they take my passport… browse it.. Arab script: “What is this stamp in your passport?” Me: “Ahm.. uuuh.. United Arab Emirates, I guess…” Some more browsing, more suspicious stamps.. “hm.. and this one?” “..I guess also UAE? Stopover?” ..flicking over stamps from Zimbabwe and India… “With whom were you in the UAE?” to which I give a stuttering account of travelling with my ex to some friend who lived in the UAE and who’s name I can’t remember. I must have given a rather sorry impression. After all: I’m German. State authority makes me nervous! Sweat is gathering on my forehead. More questions ensue:  “With whom will you be staying in Israel?…Will you only visit Israel?”. They are not satisfied. I can’t blame them. Who else would be so nervous they can’t remember who organised the tour they booked? I feel better once we talk about what debate is, where I met my friends from Israel, what I studied and do for a living. After 10 min, they leave me off the hook. But not without pointing out, that I’ll be required to unpack my handbag later to have it checked. As many visitors to Israel, I find out afterwards that the presents in my checked-in luggage were opened and that my washing jelly was opened (and not closed again). Oh well. Shit happens. And I’m probably not the only one since they announce after boarding that there were additional checks because of Holocaust day (and by the way: Holocaust-themed movies too). Despite all this, I don’t mind security. I’m just not good at it.

Other people get very annoyed by the whole security procedure. Above, I only described my coming INTO the country. Often, it feels like getting out of it is almost as hard. More questions, more searches – and you feel like a villain even though you only tried to LEAVE. That can’t be right, can it? Not only the checks, but especially the nosy questions. It sometimes feels like doing a mental striptease in front of random strangers. So why the need for this “nuisance”? And why do most Israelis take this concern for security in Israel with so much calm, even though they have checks everywhere: At the mall, at the train station, at major sites?

The risk of attacks

Two major aspects come into play: First, no matter which airline, the risks involved in serving the route to the holy land are much higher than for any other route. Be it abduction or any other kind of terror attacks – people of Jewish faith and especially Israelis have been the target of attacks in the past (Entebbe being just one example). The fact that a lot of neighboring countries are not exactly on speaking terms doesn’t help either. So do you risk your life going on that plane? Not really. But it does mean higher security needs, more checks, and much higher insurance costs (which will result in higher prices for tickets). Bearing this in mind can help understand the whole procedure.

Security in Israel – a different mindset

Second, security in Israel has has a different standing in general. Unlike Germany and other European countries which stand surrounded by friends nowadays, Israel is dealing with a constant feeling of imminent attack and hostility since its founding days. This includes, besides frequent wars, rockets from Gaza and the threat of bombs smuggled on planes. Weapons and the military are part of life for everyone in the country – for Israelis who serve 3 years in the military and for whom posts about attacks on social media are a normal thing, as well as for foreigners who stumble over people with weapons on the beach, sleeping soldiers on train, and military language in bed.

Always on the watch-out, people are non-stop concerned for the security in Israel. The country is both concerned with finding people who mean harm, as well as innocent people who might be used. For example young naive German girls who might be used without their knowledge by “friends” they make in Palestine. Others are searched more thoroughly because of their Arab looks. In one word: the country also uses stereotypes or “racial profiling”. This security system is surely not perfect or just. But like other measures (such as the internationally much-hated wall to Palestine), it seemingly produces the right result: higher security. And so people  in the country accept all this, together with all the nuisances these measures pose. What they are can change over time. Right and left wing parties fight about what needs to be done just as parties in other countries do. But the general elections are still very much decided by the crucial question: What will bring us security?

Because security in Israel is – from a cultural standpoint as well as in very practical terms –  THE trump card in Israel. Whether you connect it to thousands of years of diaspora, to the trauma of the Holocaust or to the young nation’s history of war – when it comes to security, Israelis have a simple and very practical rule as a country and as a people: Do whatever necessary to survive. The survival of the community is key in Israeli culture. And whether people like it or not, whether a measure is unjust to some, or whether it would be nicer to promote peace instead of security: As long as it keeps the community safe, it will be done.

What are your experiences with Israeli security? Did you have good or bad experiences? And what else would you like to know about Israel? Please feel free to comment and share!

Then check out our other blogposts on Working abroad: Why Dos and Don’ts for Israel are not enough or our trainings in intercultural awareness and our intercultural consulting for Israel, France, India or Great Britain.