Home/Blog (English), German culture, Intercultural, United Kingdom/German culture – Why do we complain so much?
Previous Next 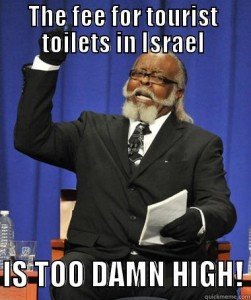 Put a group of random Germans together and they will start to mourn. Be it the weather, the surroundings or how terrible the service of the Deutsche Bahn is. It’s just a small piece of my German culture, but it’s something I carry in my cultural DNA as well. It only strikes me as very odd after I’ve been abroad for a while: Why do we, as Germans, cherish a culture of complaining? Just to give you an impression of what I’m talking about – Here is a random collection of complaints I heard on the first two days of travelling with a group of elderly Germans in Israel:

The use of useless complaints

Mind you: This article is not about constructive complaints by people wanting to actually change something. This kind of German complaint habit exist as well (and it is argued that it is responsible for the success of the German economy). Instead, let’s have a look at those complaints that seemingly lead nowhere. Annoying, negative, unproductive; you might think? Still, in German culture, they are far from useless: Complaints help us Germans to establish our social fabric, and thereby serve us well in times of insecurity: In a new country, with a group we don’t know yet, in situations that make us feel uncomfortable.

Quite the opposite: English small-talk

Other cultures established different routines for the same problem. Most prominently the English. Their small-talk is so unique and so foreign to German culture, that we even adopted their word into our language. Where Germans go into a fit of complaints – sometimes about very personal matters such as their health problems – the English play a conversational ping-pong game. The content is almost unimportant, what counts is the reciprocity of the exchange. It may be the weather, yesterday’s football match or where one usually goes on holidays. In English small-talk, one tries to be witty and to find things to agree on, with the end to establish social ease and harmony.

The Germans I train in intercultural competence often start out with criticising this kind of small-talk. They call it “insincere”, “shallow”, “empty”, and sometimes even “lying”. German culture puts a lot of emphasis on honesty and “saying things as they are”. Being nice for niceness sake, small “white lies” to keep the peace – these things don’t come natural. But how can you overcome the initial awkwardness without English small-talk? That is where complaining comes into play.

Unlike English small-talk, a German conversation needs to be about something. It needs content and it needs at least the outward appearance of being “deep” and “honest” talk. Mourning and complaining bring exactly these things to the table. And more, as J. Carter Wood, a historian and writer put it: “After all, in complaining, we establish the claim that we know what’s going on (even if it’s going wrong) and therefore establish an image of ourselves as alert and knowledgeable.” And on top of boosting status, it’s also a very German way to establish togetherness – fulfilling the same purpose as English small-talk. With their complaint, the individual can reveal just a tiny bit about themselves. Enough for the others to chime in or to add another complaint in order to show they are on the same page.

In the group described above, it worked magic: After just two days, they felt so comfortable together – they stopped the overwhelming part of their pointless complaints. What remained was a feeling of community and, naturally, a sensible amount of constructive German complaining. Just enough to make the world a better place! Or at least a more efficient one.

You’re curious about German culture or other parts of the world? Then check out my blogpost on the reasons why there was such a big outcry about the NSA in Germany or dive into why dos and don’ts are just not enough for a country like Israel.

In case you’re working aborad: We offer much more in-depth analysis about culture in our intercultural awareness trainings and our country-specific trainings for Germany, the UK, France, India and Israel.